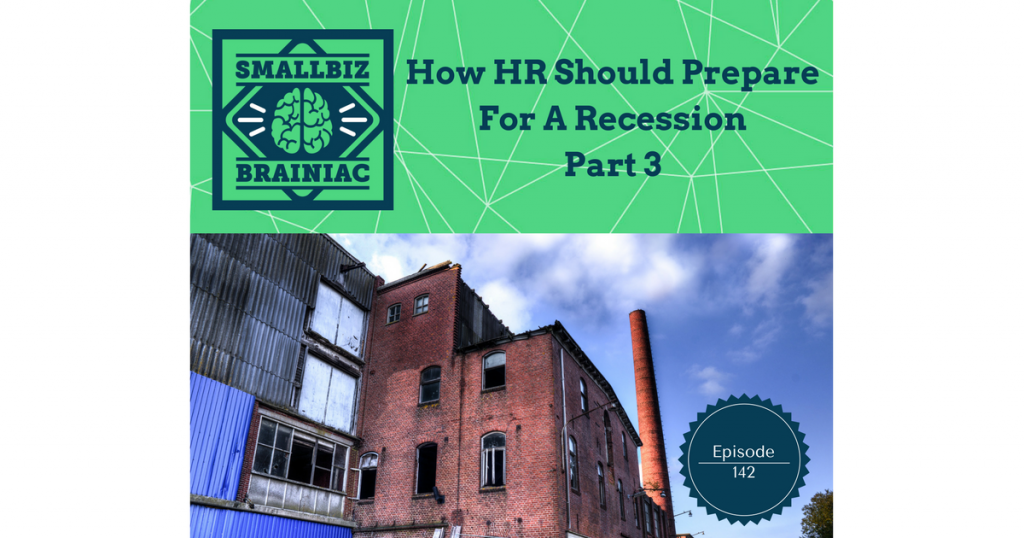 Yahoo Finance reported in 2016 that 93% of the entire stock market move since 2008 was caused by Federal Reserve policy.

In parts 1 and 2 we learned that a recession is a significant decline in economic activity spread across the economy, lasting more than a few months. We also learned there’s NOT a consensus among economists about how to calculate if we are in one.

Besides, all the major players, using the traditional measures, missed calling the last recession… the Great Recession.

So it’s probably a good idea to look to those who did call it, and see what measurements they take. I’ve been calling these non-traditional recession indicators.

In this episode we’ll wrap up the argument… the argument being that we are very close to another recession, and that this one will be much worse than the last one, by looking at a few more “measuring sticks”.

A huge slowing in consumer credit is contributing to the slowdown in retail sales. Major brands are shutting down more than 4,000 stores this year. Many of these are the result of bankruptcy.

Business Insider calls it a Retail Apocalypse. In a March 23, 2017 article, Kate Taylor says “Walking through a mall in 2017 is like walking through a graveyard.”, and she provides some disturbing photographic evidence.

She also points out that visits to malls have declined by 50% from 2010 to 2013, according to the real-estate research firm Cushman & Wakefield. Fifty percent! That’s crazy!

In The Atlantic, Derek Thompson provides 3 reasons for this. A shift to online retail, too many malls were build, and a shift in spending from retail to meals and entertainment.

So is this just a shift in spending methods and preferences, or a sign of economic slowing?

It’s both. We’ve all changed the way we buy, but we’ve also borrowed a lot of money to make those purchases.

After record auto sales in 2015 and 2016, auto loan delinquencies have reached their “Great Recession” peak, but we’re not in a recession. Auto sales are down in 2017 even though interest rates are low and manufacturers are offering huge discounts.

Loan delinquencies of poor credit borrowers have reached the same level they were in 2009. But again, we’re not in a recession. So why does this matter?

Well, Casey Research looked at the S&P 500’s performance in relationship to auto sales. The S&P 500 is a measure of how the stock marker is performing. Since 2010, these two measurements have moved almost in sync with one another. So if that relationship continues, you can expect a sharp decline in the stock market to follow.

Speaking about stocks. They are (in general) greatly overvalued. The stock market is in a major bubble right now.

According to Marc Faber, valuations are super high and earnings are not real. He says they’re overstated.

Yahoo Finance reported in 2016 that 93% of the entire stock market move since 2008 was caused by Federal Reserve policy. In other words, they printed a ton of money.

Robert Shiller, a Nobel Prize winning economist created a CAPE ratio that measures stock values (a modified price/earnings ratio), and according to it, there’s only 2 times in history where the stock price to the company’s earnings has been higher, 1929 and 2000. Of course 1929 was the Great Depression and 2000 was the doc com blow up.

Mike Maloney has an awesome video about the different bubbles that he says are flashing “big signs of the beginning of the next “Greater Recession”.

It’s even come to the point where the “financial elite” are coming out and publicly saying the stock market is skating on thin ice. You just have to know where to find their comments.

For example, Jim Rickards posted in the Daily Reckoning that Mohamed El-Erian (a former deputy director of the International Monetary Fund and president of the Harvard Management Co.) doubts the current bull market in stocks will survive if the Federal Reserve, the European Central Bank (ECB) and the Bank of England don’t print more money.

“He says stocks rose on a sea of liquidity and they may crash when that liquidity is removed.”

Rickards also wrote that the CEO of the Government of Singapore Investment Corp. (GIC)  said “valuations are stretched, and policy uncertainty is high”. He goes on to say investors are being too complacent.

Well, it’s taken 3 episodes to lay the groundwork. I hope this has helped open your eyes to the fact we’ve got a shaky economy right now, and it’s going to get a lot worse. So, it’s a good idea to prepare your company for the inevitable.

On episode 144 we’ll see what you can do to prepare from an HR standpoint.

I’ve got a lot of links to videos in the show notes, so if you’ve never looked at the show notes… make this the first time you do! I promise you, if you’re even the least bit interested in this subject, you’ll love these resources.