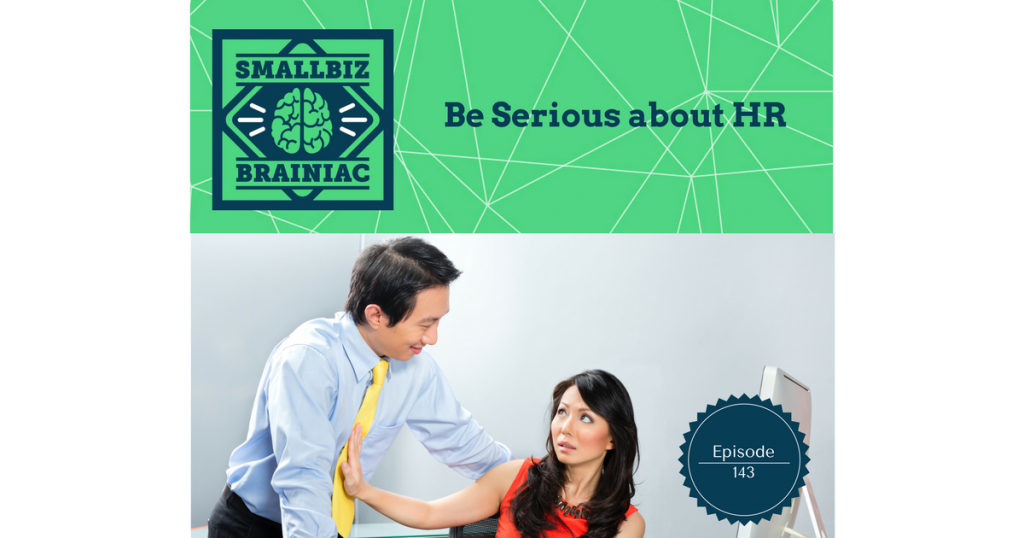 If you don’t take HR seriously, no one else in your company will either.

Today I want to focus on a  high profile company that has not taken HR matters seriously and it has finally caught up with them and has shaken the make up of that company. If you have paid any attention to HR news lately then I’m sure you have heard about the issues going on at Uber.

Uber of course is the ever popular ride sharing company that has helped revolutionize the transportation industry with it’s easy to use mobile app that allows riders to schedule a ride and pay for it without having to exchange physical cash. The app is tied to the riders credit card in order to ensure payment.

Uber has suffered massive negative effects to their public image recently due to poor HR tactics and company culture. Their issues have been well documented and are somewhat perplexing due to the length of time in which the culture that created their problems have persisted.

Details of Ubers culture, which some have dubbed a “frat-boy” culture, began to come to light for the masses in 2017 when a former employee named Susan Fowler published a blog post titled “Reflecting On One Very, Very Strange Year At Uber.”

In the blog post Susan Fowler describes an alleged event of harassment and how Uber responded to her report. The post reads “After the first couple of weeks of training, I chose to join the team that worked on my area of expertise, and this is where things started getting weird.

On my first official day rotating on the team, my new manager sent me a string of messages over company chat. He was in an open relationship, he said, and his girlfriend was having an easy time finding new partners but he wasn’t. He was trying to stay out of trouble at work, he said, but he couldn’t help getting in trouble, because he was looking for women to have sex with. It was clear that he was trying to get me to have sex with him, and it was so clearly out of line that I immediately took screenshots of these chat messages and reported him to HR.”

Susan then goes on to describe her interactions with Uber HR saying “Uber was a pretty good sized company at that time, and I had pretty standard expectations of how they would handle situation like this. I expected that I would report him to HR, they would handle the situation appropriately, and then life would go on. Unfortunately, things played out quite a bit differently.

When I reported the situation, I was told by both HR and upper management that even though this was clearly sexual harassment and he was propositioning me, it was this mans first offense, and that they wouldn’t feel comfortable giving him anything other than a warning and a stern talking to. Upper management told me that he “was a high performer” (i.e. had stellar performance reviews from his superiors) and they wouldn’t feel comfortable punishing him for what was probably just an innocent mistake on his part.

I was then told that I had to make a choice: I could either go and find another team and never have to interact with this man again, or I could stay on the team but I would have to understand that he would most likely give me a poor performance review when review time came around, and there was nothing they could do about that.”

If everything in Susan Fowlers account is accurate, then Ubers HR team did not appear to take this matter as seriously as they should have. You could argue that the HR teams response to this incident is a direct result of the culture created at Uber.

An email that recently surfaced from a 2013 company event in Miami sheds some light on what culture had been cultivated at Uber. In the email now known as the “Miami Letter,” Uber CEO Travis Kalanik laid out the DO’s and DON’TS for the company event in 2013.

In the email, and I’ll restate that this is coming from the CEO of Uber, Kalanick suggests that attendees, in this case employees, should not “throw large kegs off of tall buildings.”  He also states that “No lives should begin or end” at the event. If you happen to imbibe a little too much “There will be a $200 puke charge for any public displays on the Shore Club premises.”

But perhaps the most curious “don’t” item in the email “Do not have sex with another employee UNLESS a) you have asked that person for that privilege and they have responded with an emphatic “YES! I will have sex with you” AND b) the two (or more) of you do not work in the same chain of command. Yes, that means that Travis will be celibate on this trip. #CEOLife #FML”.

Now, did I happen to mention that this email came from the CEO of Uber prior to a company event? Maybe it’s just me, but if you have to send an email like this before a company event, perhaps you should re-think your event. I know, I’m a lot of fun at party’s! Again, this email or letter to employees from 2013, again from the CEO goes to show you that company culture is dictated from the top.

This culture cultivated by the CEO ultimately ended up costing him his job as he was forced to resign after investors applied pressure for a change in an effort to restore the company’s image.

These two examples of poor HR management are only a small sample of the alleged issues going on at Uber. Taking a serious approach to HR is vital for your business. You want to protect your employees as they are your biggest asset. This in turn will protect your company’s image.